When Problems Arise - Make it Right! 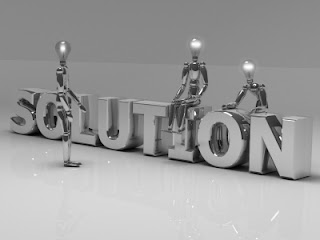 When Problems Arise - Make it Right!
I have worked in customer service types of organizations for my entire working career. Whether it has been: retail positions, insurance positions, managerial positions, or now, owning my own Travel Agency, I've ALWAYS worked for customer-centric organizations. With that being said, I am fully aware of both sides of the "customer is always right."

Sometimes you simply can not give people what they want; however, if there is anything that is reasonably within your power to right a bad situation, then I think you should do it. People want to hear SOLUTIONS not, "NO." Plain and simple. Once you've offered solutions and options, then it is up to the individual to make the best decision for themselves, based off the offered solutions.

This brings me to a disturbing story that one of my travel colleagues has been working through now for well over a month. The short story, her clients were at an all-inclusive resort (I will not state the name; however, they are on my "do not sell list"). While the couple was there, they placed some cash in their hotel safe (this is already starting off bad. If you have cash -  keep it ON YOU). The next to last day before they were to depart, they left their room to enjoy their day, and upon their return, they found their safe open and their cash was gone.

Here is where things get ugly. They reported the theft to the hotel front desk, and then it was escalated to the MOD (manager on duty), and subsequently others were brought into the fray. The final solution: They did nothing. They failed to make the situation right.
I am not implying that the property should have necessarily reimbursed them their money, because it truly is a "word vs word" situation; however, every step the resort took, was to cover their own ...um, behinds; while leaving these people stranded, literally, with no money or other resources. And, to make matters worse, the couple felt as if they were the criminals. They were offered no compensation, and they were essentially left to fend for themselves (fortunately, they were offered assistance by a kind tour operator who took them to the police station to file a report).
The resort failed in multiple ways:
This is just a snippet of what transpired, but where I believe the resort failed was their defensive responses. If they had listened, truly listened to the couple, and then made them feel heard and conducted their own internal investigation, as well as offering some sort of compensation (even if it was not the full amount of the stolen money), I believe that, while the couple wouldn't have been thrilled, they would not have been left with such a sour taste in their mouths. As it stands, this story has gone "viral" within the travel professional community, and many travel professionals have decided they will no longer sell, nor recommend this property, simply based on the mishandling of this couples situation.

Theft from a property is nothing new, and it doesn't matter if it is a luxury property, or a 1-star budget hotel on the side of the highway; however, it is the way that situations are handled when something goes awry, that sets the stellar businesses ahead of their competition. Unfortunately, this resort failed in every step of the way.