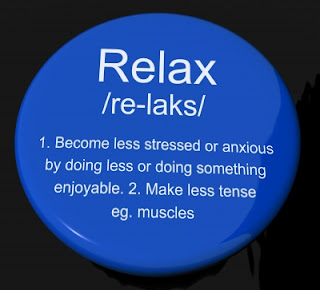 Relax and Float
I am returning from a relaxing and laid back trip I took to the Southern California region, and I must admit it's been a nice respite to be able to chill out for a few days with my friends and do...nothing. I would be misrepresenting myself if I said I did absolutely nothing, but I can tell you that I did as little as possible.

Relaxation will take on a different look for each person, but it is critical to take that step back in order to maintain some semblance of sanity. I have spoken to a couple of my friends who are completely burned out, and their companies are even advising that they will lose their vacation days if they don't utilize them by the end of the year! This does not perplex me at all, because I worked in many environments and companies where tremendous lip service was given to respecting "work life balance," but to that point, it was just lip service. If anybody took any days off, when they returned they were overwhelmed by the work they had before they left, and additional work that was added to their plate while they were away. That doesn't make an employee feel good about leaving, when they know they will be penalized upon their return, by being inundated by work that was added while they were away.

R&R is an important time for us to be able to clear our minds, and refresh our bodies and spirits. While traveling is by no means the only way to get this much needed down time, it is one of the most beneficial to our psyche. When left to our own devices, we can say we are going to relax while we are at home; yet, the reality is that few of us do. Many people take that opportunity to repaint their homes; redo the siding on their homes, and other tasks that, while important, I wouldn't categorize as "relaxation."

Even though I didn't go away somewhere exotic (no offense to Southern California) and unknown to me; it was the much needed away time I needed to refresh my mind, in order to finish out this year on track to kick into gear for 2013! The removal of my day-to-day activities allowed me the opportunity to sit back and brainstorm some ideas for my business endeavors for next year. Also, being around my friends, I was able to bounce ideas off of people who really "get me" and are supportive in my efforts.

Hopefully your company isn't mandating you to take days off, because I hope you have been refreshing your spirit throughout the year, but if you haven't been able to do that, and your company is threatening to take your time away, please do something good to and for yourself and - Relax & Float.

*Photo taken by Stuart Miles and obtained from freedigitalphotos.net 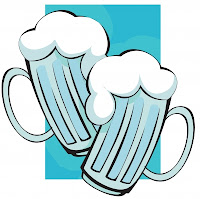 Anybody who reads this blog probably knows my passion and love for FOOTBALL! Well, what goes better with football than beer? Maybe some hot wings, but I think beer will always be number one.

This weekend marks 31st year of the annual Great American Beer Festival in Denver, Colorado. They have already sold out of their tickets, so needless to say, there will be a lot of beer flowing.

The Great American Beer Festival is the perfect showcase for the newer micro breweries that are coming in to the marketplace. As one entrant acknowledged in an interview, just by sheer virtue of being a part of this event is a wonderful opportunity to showcase his IPA.

It looks like Bavaria, Germany's 16 day festival, Oktoberfest, has some real competition here in the United States.

*photo used from freedigitalphotos.net and taken by Renjith Krishnan


www.chicksthattrip.com
Posted by That Chick Té at 9:38 AM No comments: 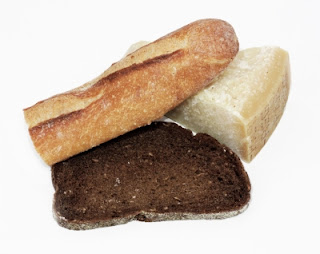 Keeping in the same vain of my prior post about "making things right" when they go awry, I'd like to send an internet shout out to Panera Bread. I am not one to sign up for a lot of programs, because I prefer not to add to the high volume of my inbox, and furthermore, I rarely even remember to have the cards available when I frequent an establishment, so it just turns into a colossal waste of time, for them and for me. But, I've recently made an exception for Panera Bread.

I must admit that I have sipped and basked in the kool-aid of Starbucks. I tend to make them my "go to" place to post up and work on my computer, but now, they have gotten a run for their money, because I've been frequenting Panera Bread more often. Don't get me wrong, there are two Starbuck locations I frequent on a regular basis, and the team is just kickbutt! However, it's not the cleanest, they are ALWAYS busy, and the coffee, well, it's fine (since I'm not a coffee connoisseur), but it isn't wonderful.

A few months ago, in the early summer, I had a couple of meetings at various Panera Bread locations. I found that I loved the following about all of the establishments I frequented: the employees seem to actually LIKE their job, (for the most part) they were clean and easy to move around in, the coffee had times on when they were last brewed (which appeared to be pretty frequently), the food I've had has always been great, and it's just a nice place to be.

Well, I had forgotten about those experiences during the summer, and Panera Bread simply drifted back into the recesses of my mind, until recently. I was digging around in the little pockets of my checkbook, and I found the "MyPanera" reward card tucked in there; never having been activated or used. Now mind you, I still didn't activate it, but it was on my mind. Fast forward a few days later, and I read a fabulous story called, "It's more important to be kind than clever!" (http://blogs.hbr.org/taylor/2012/08/its_more_important_to_be_kind.html). I don't know WHAT it is, but I've been reading some great "feel good" stories lately, and this one was added to that list.

So, I decided to venture to a Panera Bread store that is close to my house. I went in, ordered a bagel with cream cheese, and a coffee. Well, the young lady helping me was quick, nice, funny and gracious. As I was standing there, another lady, a bit older, came behind the counter and began offering some breakfast items for free. She indicated that they were going to be "tossed" so they were giving them away. I politely declined, since I'd already placed an order, to which she said I was more than welcome to take it with me. I did let her know that was nice, but that I didn't need to be a piggy, and someone else could benefit from the free offer, but I thanked her profusely for the generous offer.

That just ROCKS to me. It was the early afternoon, they didn't have to give anything away, yet, they were offering items that may go to waste, gratis, to their customers. I don't know about you, but I like that concept, and it makes me want to support their company more now than ever.

The whole experience brought to mind a quote I read some time ago, but I keep it on my desktop as a day-to-day reminder, "People may not remember exactly what you did or what you said, but they will always remember how you made them feel."  Tony Hsieh - Zappos CEO.

When I am in Panera Bread, I feel good.