Wishing you a wonderful,
safe and food filled Thanksgiving holiday.
All the best
~ Chicks That Trip~
(www.chicksthattrip.com)
*photo taken from: http://www.jannorris.com/wp-content/uploads/2010/10/thanksgiving-meal.jpg
Posted by That Chick Té at 2:20 PM No comments: 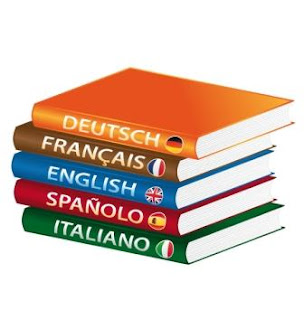 Au Revoir! Addio! Adiós! Goodbye!
It was with much chagrin and disgust that I listened to the NPR (National Public Radio) piece regarding the cuts to SUNY (State University of New York) humanities programs which were to eliminate French, Italian, Russian, classics and theater. The full story can be read here: http://www.npr.org/2010/11/15/131336270/cuts-to-university-s-humanities-program-draw-outcry.

I'm sure you are sitting there thinking, "What does this have to do with travel?" I'll tell you - everything. For years, since I was in elementary school, the lackluster performance by American students in foreign language courses has been a bane of many educators existence. Mind numbing statistics have placed the United States well behind other countries in respect to their ability to read, comprehend and speak foreign languages. While numerous countries have their children speaking multiple languages essentially from birth, we are doing well to say our American students are able to read, comprehend and speak the English language, much less a foreign language.

Now, back to travel. It's imperative that we all are able to adapt to the Global economy/marketplace, and in doing so, foreign language skills are critical. I'll be the first to admit that I studied French for over 7 years (high school and three years in college), and while I am able to read and comprehend a lot, my speaking the language is oftentimes downright scary and unintelligible, but I still try, because I know it's important. I've met a lot of people over the course of my life from various countries, and they are not only able to speak one language, but oftentimes multiple languages. I have a friend that speaks six languages: French (being his native language), Italian, English, Swahili, Spanish and German. That's an extreme case, but I know others from other countries who speak at least two or three languages - well. These individuals are able to travel comfortably, and interact at a level that most Americans are unable to accomplish; so when I hear and read about programs being stricken from our colleges that would benefit our students, it disappoints me and aggravates me to no end.

There are many who would argue that liberal arts degrees are useless and that a person with say, a degree in Business, Technology or Engineering will be better prepared in the workplace than a person with an English degree (yes, I hold a B.A. in English, as well as an M.B.A. in Global Management); however, I would argue that all degrees have their importance. Being able to travel and communicate in the native language is as crucial as being able to memorize and know the Pythagorean Theorem (which, by the way, I don't know by memory).

Despite our current economy, I hope that we don't continue down the path of disregarding important courses in colleges because they may not correlate to dollars and cents, but realize the significance of the liberal arts courses which also help us to navigate, understand and communicate with other cultures.

(www.chicksthattrip.com)
Posted by That Chick Té at 6:06 PM No comments: 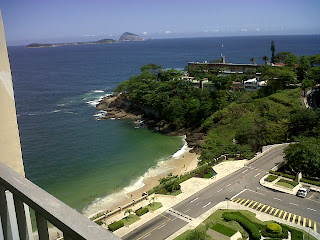 Brilliant, Breathtaking Brazil!
That Chick Dawni is on her way back from romping through Rio de Janeiro, Brazil. My lovely business partner was ecstatic (and of course, had to immediately share with me) as she snapped this photo of the pristine water located directly below her hotel room. I must confess...there was a moment of envy as my eyes glazed over and I imagined myself stepping into that warm water, and having it sweep over my bare feet. Alas, I was unable to make this trip with her, but be assured, I will be headed there too - sooner, rather than later!

*Photo provided by That Chick Dawni 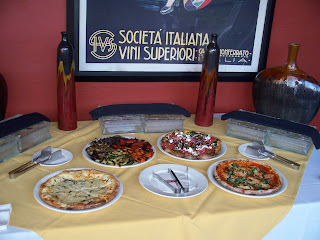 On October 27th, I hosted an event at Piatti's Italian restaurant which is located in Cherry Creek, Colorado. It was an intimate affair hosted by Chicks That Trip. The event was held in order to showcase some culinary and wine tours of Italy. While it was not a large gathering, we sat back, relaxed, and enjoyed titillating conversation, food and of course, some vino.

Sal was the server in our area, and he was engaging, personable and a real gentleman. We were never without anything we needed, and he set-up our spread of food just like a pro! There was brilliant bruschetta, aromatic roasted vegetables, and pizza's with pizzaz as well as other delicious bites to eat.

One of the tours being promoted is an absolutely divine culinary experience in Tuscany, Italy. The property is on thirty (30) acres with five (5) acres of Truffle farming; a 12 ensuite Villa, and more than enough room to roam. There are daily cooking classes set-up at lunchtime; however, there is plenty of cushion in the itinerary to get out and explore Tuscany and the surrounding countryside, which, incidentally, is only a short hours drive to Florence. The food prepared during the classes is seasonal; therefore, all of the classes are based on the time of year so that all the dishes are fresh, current, and impart Tuscany's regional fare. And if, per chance, you are traveling with someone who just wants to partake of the food, but not actually prepare it - they are free to join as a companion! They get all the benefits of the food, without all of the work...hmmmm.

As we start pushing our way into the holiday season, it's never to soon to start thinking about travels for next year. Wherever your travels may take you during the holiday season and in to the next year, be sure to take a step back, relax and enjoy yourself. 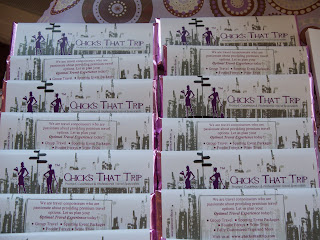 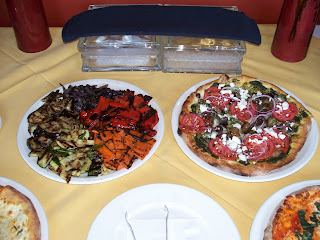 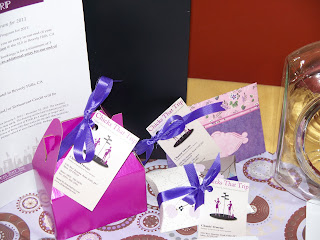 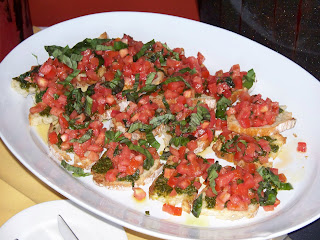 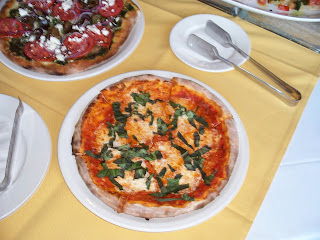 *photos provided by That Chick Té

(www.chicksthattrip.com)
Posted by That Chick Té at 3:27 PM No comments:

Recently I was part of a travel community webinar that was hosted in respect to travel statistics for 2010 and projections for 2011. I won't bore you with mind numbing statistics, but there were quite a few statistics that stood out for me, and while I do not prefer to recite statistics without the supporting documentation; I will say that the travel agent is coming back stronger than ever.

During the webinar, there were statistics on where people are traveling? Who is traveling the most (age groups)? What the newest emerging group of travelers are? And, how many people are reverting back to utilizing travel agents in their quest for the best, not cheapest, vacation package. There is a misconception amongst people who are not in the travel community that the cheapest vacation is the best. Well, I am here to tell you that it's completely not true, and there are countless travelers that I've spoken with personally who have discussed their distaste for the "bait and switch" tactics that some sellers of travel have resorted. I would be lying if I said that there are not people who really do prefer the cheapest vacation. It doesn't matter if they are only shaving $50 or $100 off of their total travel; they will travel to the farthest flung airports; change planes multiple times, and stay in the least expensive places in order to save a bit of cash. While there is nothing wrong with that travel, if that's your preference, most people I know who are going on vacation are trying to get away from the reality of their finances, problems, etc, so for them, paying a bit more to only change planes once (if at all); staying in a modest to more upscale property, and hiring a private car service is part of the total experience of their vacation.

Being a part of the travel community, it is my responsibility to reconcile a lot of information that's out there and put it into a well formatted, easy to understand form of communication. Working with a travel professional helps to ensure that your investment of time and money is always the top priority in any recommendations that are put forth. While they may not always be the least expensive options, I can say for myself, I listen, really listen to the needs of the client and create an experience they will be happy with and can remember for years to come - until their next vacation!

Advice on Where to Go if You Get Sick - If you happen to be unfortunate enough to get hurt or fall ill while on your trip, your travel agent can help you find somewhere clean and safe for medical attention.

Trust - If you should have any questions after booking your trip you know how to reach your travel agent and can avoid the FAQ section on a website.

You Know How to Reach Them When You Need Them - Problems at the airport? Reservation issues at the hotel? Your travel agent is a phone call away from getting your problem solved.

Tips and Tricks - How early do you really need to be at the airport? What are the quickest ways to get through security? Your travel expert can advise you of the airport security levels the day of your trip and any new security checkpoints you may have to worry about.

Is the Upgrade Worth It? - Your travel expert can help you save money by helping you decide if certain upgrades at hotels are really worth the extra money.

Posted by That Chick Té at 9:49 AM No comments: