Launch of Travel Professional Association - Check out the video!

For those of us who take pride in our work and providing top-notch customer care for our clients, it's great to have organizations that not only support our efforts, but also provide us with the tools to be able to go above and beyond.

Recently a new organization was launched called, the Travel Professional Association, and I am proud to be a part of this association, which is headed by the Ogg's who have been an integral part of the travel industry for many years. They've written travel books; operated travel agencies; headed up travel organizations, and spearheaded other worthy travel related initiatives.

Here is a great video to watch extolling the benefits of working with a travel professional! Stay tuned for more great videos provided by the Travel Professional Association. 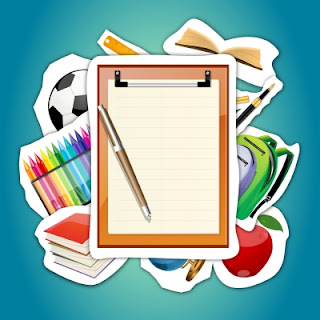 Technologies Creation of New Pen Pals
When I was growing up I had two pen pals; one was from France, and the other one was from (I think) Spain. My French pen pal began in either the third or fourth grade, and my Spanish pen pal started in middle school. I used to love coming home and seeing the letters with their exotic stamps. My pen pals were intrigued by me being from America, and I was equally intrigued by their beautiful cultures and foreign languages.
It's a shame that we lost touch, because they helped brighten my life, and began my interest in travel at a very young age. Little did these cute, foreign girls know that they would influence a large portion of my life.

Today, we have pen pals of sorts. They are everywhere in social media like: Facebook, Linkedin, Twitter, and the like. We are able to connect with people all over the world, in a medium that is familiar and comfortable to us all.

In Linkedin, I belong to various business, hospitality, food and travel related groups. While the topics are interesting and diverse, I am much more fascinated that I am able to connect and communicate with people from small, nondescript parts of the world. Further, it's interesting to find that we all have some of the same issues and struggles in our professional and personal lives. I learn so much just from reading their questions, and responses to questions that are posed on the myriad of threads that pop up on a daily basis.

Sometimes I get bummed out because I think we are losing some of our personal relationships by so much being done online; but then I'll receive an email from an individual who has read something I've written, and they will write saying that they felt compelled to reach out to me and let me know how much they enjoyed reading it. Or, my most recent endeavor involved the usage of SKYPE, wherein, I was able to interview two chefs that reside in London and Edinburgh.

Despite how big the world is, it's also shrinking, and while I enjoy meeting my new form of pen pals via the net, I can undoubtedly say there is no greater feeling than making new friends while traveling abroad.

Cheers! To our new wave of Pen Pals!

*photo used from freedigitalphotos.net by digitalart