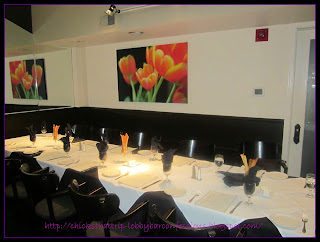 I attended a lunch in mid-April, right before the closing of a longtime favorite, Strings, closed on April 30, 2013.

This restaurant had been around for years. It was the place to go on special occasions, and was a favorite for those who lived in that community located by city park, and for those of us who lived a bit farther away.

The first time I ever went to Strings, I was in high school. One of my classmates parents' took us there for dinner. My friend and I felt so mature and grown up, because it was definitely a restaurant for adults. The the vibe was always laid back, and the decor and atmosphere were professional and well-maintained. They served delicious salads, steaks and fish dishes that were immaculately prepared, but never fussy.

As life progressed and I moved away from Colorado; I would still frequent this restaurant when I would come home during summer and winter breaks. Despite the saying, "you can never go back," that wasn't the case with Strings; regardless of the change of time and age, it was always a place that I could go to and enjoy myself and reminisce on "the good old days."

When I moved back to Colorado a few years ago, I attended an event that was hosted by the Aruba Tourism Board, at Strings. I hadn't been there in several years, but the moment I stepped through the door it was as if I was that young girl in high school again.

My last visit was a luncheon being held by a family member, Lucy Walker, of Eden Theatrical Workshop. Lucy has been a part of the community even longer than Strings; however, given its close proximity (walking distance) from Eden Theatrical Workshop, Lucy had been a long time guest of Strings, so it was apropos that Lucy would so graciously hold a final luncheon there, to say goodbye to a favorite neighborhood restaurant.

Posted by That Chick Té at 9:13 AM No comments: 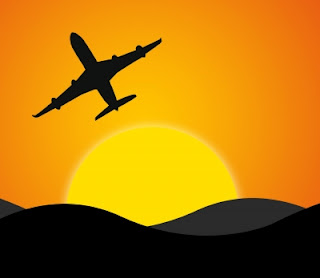 Fright of Flight!
With that title, I'm sure you are expecting me to be talking about the flying experience - but I'm not; it's actually about all of the fees being raised and instituted by the major airline carriers.
I am all for businesses making money, because there is a cost to doing business; however, some of these fees are getting ridiculous. In late April of this year, several airlines increased their change fees to $200-250 (this is for non-refundable tickets). That's per person, so a family of four would be looking at a minimum of $800-$1000 if they had to change their flight. Also, just to be clear, this fee is ONLY for changing your ticket, that is not taking into consideration if there was a change in your flight costs.

Example:
Sarah is taking her daughter to New York to celebrate her 16th birthday. She's worked with her travel professional and provided all of the date information and booked and paid for the vacation six months in advance. Later, Sarah finds out a month prior to her trip that she needs to change their flights because she has a work obligation that she can not get out of, so they need to depart a day later.

The initial price of her round-trip tickets per person were $350 dollars; however, the price of that flight has shot up to $500 dollars. Not only does Sarah need to pay the difference in the price increase of $150 per person (which will be $300), but she will also be paying a change fee as well. If her flight was booked with one of the carriers that charges $200 per person, then she will be paying $400 to change her and her daughter's tickets. The total price she will be paying additionally out-of-pocket will be $700. I don't know about you, but that's a lot of money!
Sadly, it's all about "follow the leader." If one carrier sees that a major carrier has increased their fees; rest assured, many others will be following suit.

Quick tips to possibly alleviate this issue:
The site, www.airfarewatchdog.com, is good about updating information in respect to most of the major carriers and their fee schedules. I've only scraped the tip of the iceberg on all of the fees that can be potentially assessed, so if you want more information, you can check out their site. Their last update was on May 1, 2013 (as of today).

Posted by That Chick Té at 8:32 AM No comments: 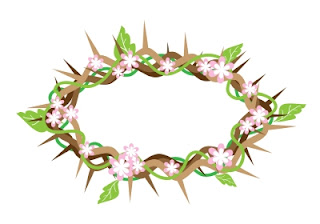 I will gladly admit that I've succumbed to reading George R.R. Martin's, A Song of Fire and Ice series, starting with, A Game of Thrones. Masterfully written (well, at least books 1-3), and entertaining; the entire process by which Mr. Martin must have taken to put together these tome's is exhausting to imagine, and also quite inspirational and impressive.

While reading this series, I was struck by the many lessons that were being taught that could so clearly be connected with traveling. Alright, I can see you sitting there scratching your head saying, "How can some mythical world have anything to do with travel?" Well, let me lay out a few items that I can easily relate to travel:
*Photo from "Fresh Crown Of Thorns" by Iamnee; provided by freedigitalphotos.net
www.chicksthattrip.com

Posted by That Chick Té at 2:31 PM No comments: