Full fledged travel season is upon us, as the airports and roads fill with harried travelers' beginning their mass exodus to places known and unknown. Sometimes it is hard to decide what to pack when going on vacation, but with the help of Sense Clothing, you can travel in comfort, and arrive in style. Recently we, at Chicks That Trip, were interviewed by the talented and energetic Brittany Cupp, Sales & Marketing Associate of Sense Clothing. You can see the interview here on Sense Clothing's Facebook page.

I am a strong advocate for the "less is more" style of travel, and I believe it's not necessary to take every item you own, when in actuality, you a. won't be able to wear everything you take, and b. you have to carry all of that unnecessary luggage (imagine schlepping several bags onto a train in Italy - not a fun experience. Or worse, paying horrendous fees in luggage weight). Having the ability to mix and match clothing, as well as having clothing that unpacks with ease are a few of the things I look for in travel clothing, and Sense Clothing hits that bulls eye every time.

*Photo courtesy of and used by permission from Sense Clothing

Posted by That Chick Té at 8:30 AM No comments:

It is rarely dark and dreary in Denver, Colorado, but on this particular late afternoon, the clouds are menacing and angry. The light rain has been trickling off and on for several hours throughout the day, and there appears to be no end in sight. Parking is always a tricky and expensive proposition in any downtown city, and Denver is no exception. I am fortunate to find an evening lot that will only fleece me $5.00 for the remainder of the evening – not bad.  As I meander up the street towards my ultimate destination, Hotel Teatro, I close my umbrella and allow the light raindrops to brush my cheeks. It is a refreshing feeling and makes me feel like a child.

Hotel Teatro is housed in a historic building in downtown Denver. It was originally constructed in 1911 as the Denver Tramway building, and has seen a fair amount of renovations, updates and changes throughout the years.  Mere steps away are the Denver Center for Performing Arts, the 16th Street Mall, and Larimer Square. Hotel Teatro is blessed to be in close proximity to the downtown city life, but tucked away enough to revel it its own intimate privacy.  Prior to my visit, I was in contact with their PR representative, BrieAnn Fast of B Public Relations, and the General Manager of Hotel Teatro, Jim Turner, in order to ensure it would be acceptable for me to take some photographs of their property –  I was graciously given the “green light” to forge ahead.

I entered the property on the side entrance, since their main entryway was under renovations. The doorway  leads immediately into their bar area. The space is cozy and accommodates more than a dozen tables, as well as the seats at the bar. I made my way through the bar into the mini waiting area off of the lobby check-in station. Each of the walls are covered with varying art work from performances, including large, framed pieces of clothing from plays that have taken place at the Denver Center for Performing Arts.  Several comfortable seating areas are located in the waiting area, one of which faces an alluring fireplace.

While awaiting my mini tour to be given by Ms. Fast, I decided to sit and do a bit of people watching. During my visit, the hotel was completely filled to capacity, and given there is a major hotelier directly across the street from this location, it bodes well for Hotel Teatro that they are still able to fill rooms. The age group that tends to be at this congenial boutique hotel seems to rest in the late thirties to early forties range. Granted, there were other age groups representing their clientele, but the individuals I saw checking in and out tended to be in the aforementioned age group.

Both Mr. Turner and Ms. Fast arrived at about the same time and I introduced myself to them both, and thanked them for being so hospitable and allowing me to “poke” around the hotel. During our brief exchange, I asked them both if they had seen any changes in their occupancy since the large, luxury brand hotel recently located directly across the street. Both Mr. Turner and Ms. Fast conveyed that Hotel Teatro guests tend to come because of the general ambiance of the hotel; the art located throughout the property; and the more personal experience that oftentimes can only be accomplished at a smaller, boutique property. I have stayed at the Hotel Teatro before, and I tend to agree with them.

My brief tour began in the basement, where several wall mounted shelves showcased numerous masks and head pieces from various plays. Also on display were a variety of costumes that were worn by popular performers, like Annette Bening, in Anton Chekhov’s, The Cherry Orchard. The entire property boasts black, white and gray swirled marble staircases and walls; elegant crown molding; and impressive light fixtures and framed prints.  There is an upstairs eating area, as well as cozy meeting rooms. Although Hotel Teatro is not big on grandiose spaces, there are more than enough intimate and tucked away spots that can accommodate individuals or small groups of people. Hotel Teatro has everything one would need to take a brief respite from the hectic day to day life.

There is valet parking available at check-in, and one of the top voted Denver restaurants, Kevin Taylor, is located on the premises. This is the sort of place you can sneak away to and never have to leave the property, or you can wander aimlessly down the streets, stopping in at varying martini lounges, restaurants and shopping; all within a short distance from the hotel. The use of theater as art is seamlessly woven into the very texture of the property, thus creating the feeling that Hotel Teatro is not simply a place to stay, but is also a stage for all of those who inhabit the premises.

Posted by That Chick Té at 1:35 PM No comments:

The Art of Travel: Part 6 - Departing on Your Travel 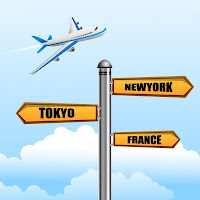 This is where the vacation begins! I only have a few tidbits for this portion, as it's pretty much the easiest part, but is also the most important:
Once you land - the FUN begins!


www.chicksthattrip.com
Posted by That Chick Té at 10:49 AM No comments:

Soulful. Seductive. Sensuous. I think you get the picture! The one, and only Maxwell will be BACK on TOUR starting this summer. I had the opportunity to see Maxwell in Phoenix, Arizona, back in 2009, and to say it was electrifying, soul defining, and earth shaking wouldn't be descriptive enough.

Maxwell knows how to keep a crowd wanting more, while also s-a-t-i-s-f-y-i-n-g his audience. I can't imagine any other artist who has been as highly anticipated to return back to the "scene" than Maxwell. When news (rapidly) spread about the trilogy of albums he would be releasing from 2009-2012; his fans were elated. His tour dates were scattered across the United States, with a respectable representation in the North, South, East and West.

Then, his tours stopped...much speculation ensued, but nothing definitive was ever truly known. I won't get into most of the rumors, but I will say that a few "in the know" sites, indicated through their sources that the success of his first album had delayed the release of the remaining albums that were supposed to follow Black Summers' Night. Maxwell's reputation for being shy and introverted were also cited as reasons behind the abrupt cancellation of his tour.

I have always been a HUGE fan of Maxwell's, so when I received an email from one of my friends indicating that Maxwell would be doing tours in Atlanta, Newark and Los Angeles, I was elated! Maxwell has a certain quality and style to his singing that is both intoxicating and mesmerizing. He has been compared to numerous artists before his time; however, I will say that Maxwell is simply - Maxwell. I look forward to spotting him at one of his concerts, but until that time, I'll be playing all of his CD's in order to be primed to see him in person.

Check out his tour calendar and dates: http://www.songkick.com/artists/4299-maxwell/calendar.


*Photo taken by That Chick Té


www.chicksthattrip.com
Posted by That Chick Té at 9:39 AM No comments: